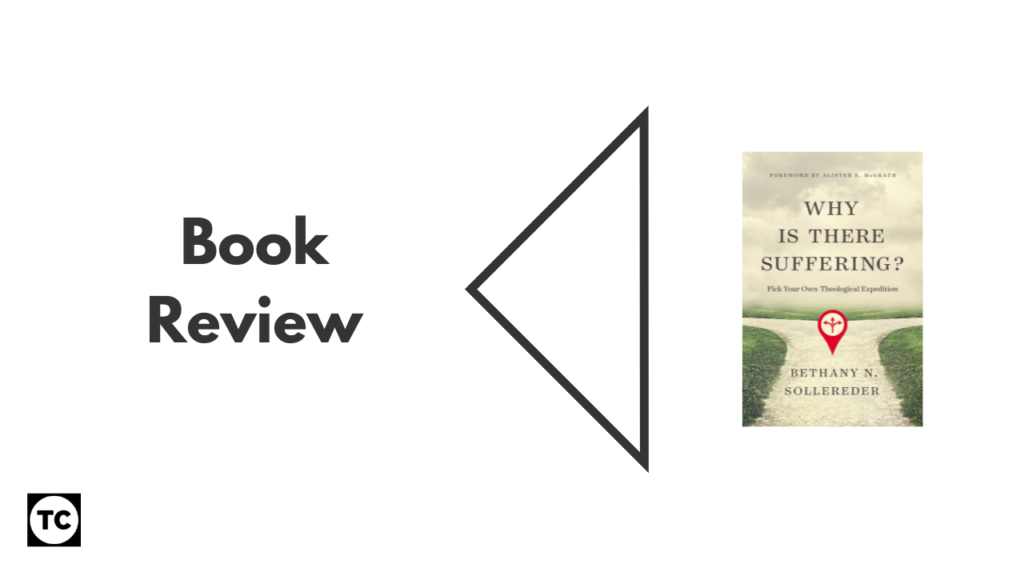 I won this book in a raffle. I don’t say that very often about books, but Zondervan’s stand at ETS last year had ‘golden ticket’s from Stan Gundry (who I’ve not heard of as being particularly like Willy Wonka, but all good analogies fall down eventually). It turns out that that rather strange way of it ending up on my shelf is quite appropriate.

Quite simply, this is one of the most entertaining, thought-provoking and irritating books I’ve read this year. And I’d recommend it, to some people.

This is a book about suffering. But, unlike most books, or at least unlike most books I read, it is non-linear and based on the ‘choose-your-own-adventure’ format. For those unfamiliar, instead of being read in a linear way (Which I did anyway, because I’m old fashioned and contrarian) you can choose to read this book in a series of decisions, jumping over and around different chapters depending on what interests you.This means that writing a review of it is quite difficult – because whilst you could do what I did and read it straight through, occasionally playing the game of jumping, you’d have a very different experience from someone who read it as I think the author intended, following different trails.

This is a book that is very honest and rather nicely written. Framing the apologetics (Because that is broadly the genre it fits into) is a relatively simple narrative journey, describing different angles on the theological issues at stake as different aspects of the same landscape. Some readers (This one occasionally included) might be concerned that there is an unintentional (or intentional?) postmodernism or universalism going on – but that is kind of the point: this book is meant to give you a range of different options to think about. In this, I think it is successful – whilst it’s not a book I’d give to some people asking the question about suffering, it is a book that would be fun to discuss with people who’ve been around the church a while, or for pastors wanting to consider different angles without wanting to wade through a stack of monographs or multiple multiple-views books. There is a fairly comprehensive notes/bibliography section for people like me who do want to read further.

It is difficult to review a book like this – but I’m very glad I read it, because even where I disagreed with what I think Sollereder was saying (sometimes it wasn’t 100% clear if it was her observations or her offering someone else’s opinion) I appreciated a lot of what was said. The method and the breadth of the content of this book is well explained by Sollereder in her afterword – and whether or not one agrees with her, she makes a compelling case. Some nuggets below, by way of attempting to end a review:

“This book gives various options, but not all of them agree with each other. I deeply disagree with some of the paths I’ve written. Yet each is an example of how real people have chosen to understand God and suffering. Each path is a model someone has used. Exploring other people’s views about God, even if we don’t agree with them, helps us see some of the strengths and shortfalls of our own position“

“Hell is not about a divine hatred of pleasure. It is about justice“

“Grief is the fracturing of meaning“

Regardless of where you land with the different options Sollereder presents, this is a very human book – which engages honestly with suffering, and showcases a range of responses from within and adjacent to the Christian tradition. I thoroughly appreciated it’s honesty, her writing, and this intriguing model for a book, even if it might not work as well for other issues of theology and apologetics. If this strange review has piqued your interest, you’d probably enjoy reading this book.