With thanks to The Good Book Company for a review copy. 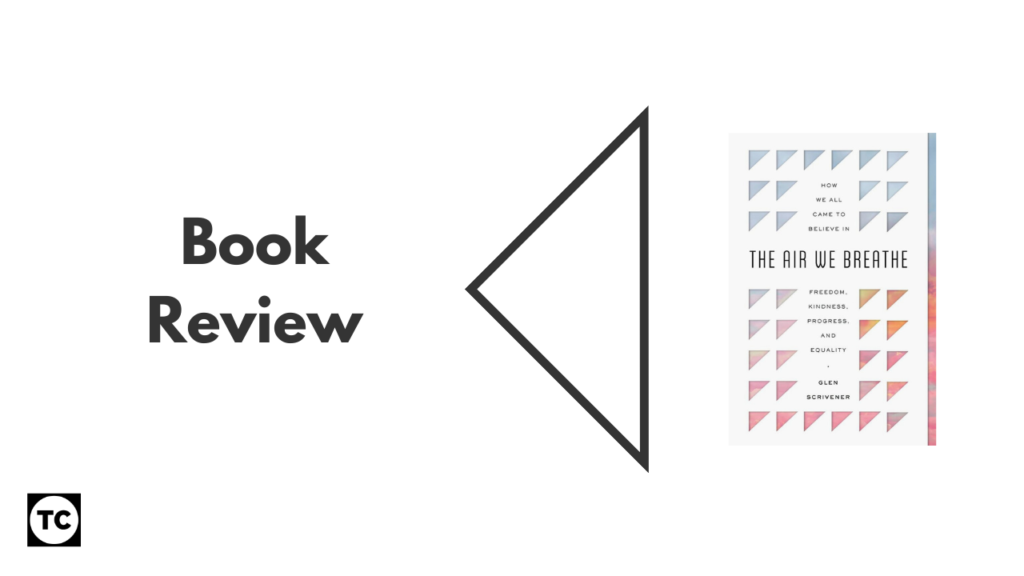 In 1904, or thereabouts, Herman Bavinck wrote:

“If we reject Christianity because it does not suit us, it instantly proves at the very same time that Christianity is indispensable for us“*

The book I’m reviewing today is a little more recent, Glen Scrivener’s 2022 The Air We Breathe, but the subtitle is making a very similar point: How we all came to believe in freedom, kindness, progress, and equality. Glen examines each of these values and shows how what we take as ‘normal’ is deeply rooted in the Christian tradition. This is a relatively short, nicely written, very readable and extremely recommendable book. If you’ve looked at things like Dominion by Tom Holland (624 pages), Incarnational Humanism by Jens Zimmerman (368 pages and no longer in print in an academic series) or even John Dickson’s Bullies and Saints (352 pages) and thought ‘that’s too long/I don’t want to get too bogged down’ then The Air We Breathe is for you.

Glen has written a book that covers the ground of the books I’ve mentioned, and more, in a relatively short way. This is less apologetics as evidencing (though there are bits of that, and signposts to it) than Christian explanation of everything by way of understanding the world we live in as it actually is, and has come to be, rather than (for the Christian) getting stuck in either the past or future or (for the rest) thinking our current times are pretty great as we’ve evolved from the need for Christianity/religion. Helpfully, as early as page 13, Glen provides a summary of the book:

“The extraordinary impact of Christianity is seen in the fact that you don’t notice it. You already hold particularly ‘Christian-ish’ views, and the fact that you think of these values as natural, obvious or universal shows how profoundly the Christian revolution has shaped you.“

This is a book that you could give to someone – and as Glen notes at the start, there were three kinds of people he had in mind whilst writing it. The summary above is in his introduction for ‘the nones’, that demographic who doesn’t believe in ‘Chrisitanity’. I think this book is careful enough and jargon-free enough to get a hearing for people in that camp. The second group are ‘the dones’, a smaller but significant group that would cover the range from ex-Christians who are definitely atheists or agnostics, through to what we might most simply call those in ‘deconstruction’. I know some of each, and I think this book will be more interesting to the latter, not least as it engages some of the big concerns and themes these folk seem interested in, though for some of the former it may have much good to say. The final group is ‘the wons’, or, rather, the Christians who are confident in their faith perhaps even because of what Glen calls “a particularly fractious world”. I fall into this camp and found the book encouraging, occasionally challenging, and also helpful in terms of showing me some blind spots. I think Glen is deft at writing the same book for multiple readers – he doesn’t, I don’t think, do it perfectly, but it’s pretty close in my opinion.

*a Dutch reformed theologian. This quotation is from the English translation of Christian Worldview, by Sutanto, Eglinton and Brock, recently published by Crossway.