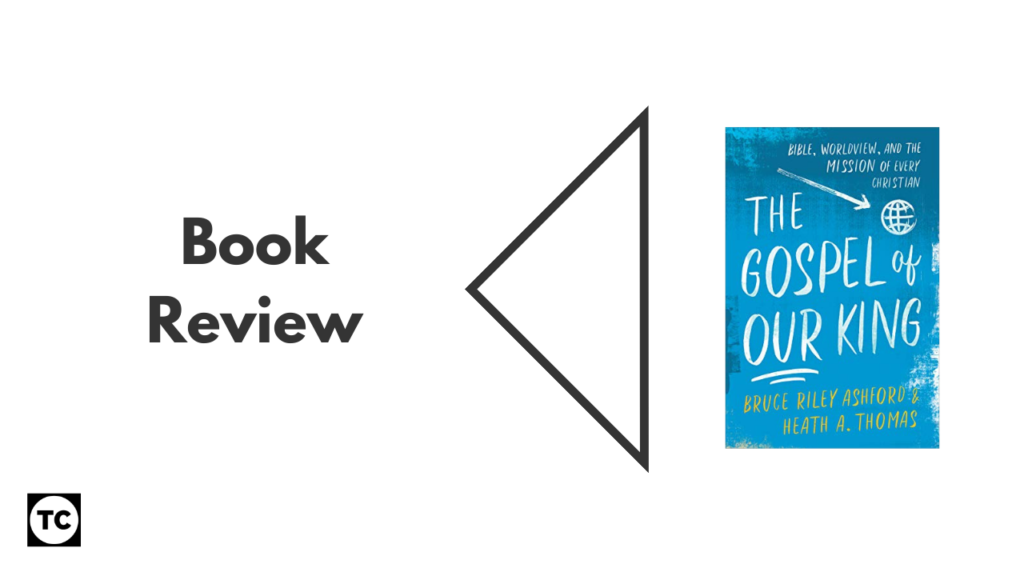 It’s been a little while since I read and enjoyed Tom Wright’s excellent How God Became King, and since then I’ve read quite a few more books. The one I’m reviewing today, by Bruce Ashford and Heath Thomas is one that takes one of the central themes of Wright’s book/work (And, I might add, the Bible!) and applies it to the wider issues of gospel, culture andmission.

This is a relatively short book that packs a meaty punch – it’s not unreasonable to say that whilst every Christian should read it, it’s probably not for everyone. But don’t let that put you off, particularly if you’ve been a Christian for a while or hold any sort of leadership role. The Gospel of Our King is a book that blends a careful reading of scripture as one big story about the kingdom of God, with a winsome and wise understanding of the kind of people God is calling us to be, and the type of mission that God’s people are called to.

The book is esentially in two parts. Firstly, we track creation, fall, redemption and restoration – the four parts of the story of the Kingdom of God. This isn’t a bible overview, but rather a good piece of storied theology, drawing from a wide range of sources in the great tradition, and focusing carefulyl on the biblical text. One of the things I particularly appreciated was the authors discussion of the Image of God, which was more nuanced than a lot of writing at this level, and was done in a way that gave it the appropriate importance for what comes next (p. 20-25). Secondly, following a short interlude, the authors consider the mission of God and his people from four different angles: theological, social, cultural and global. For those critical of, for example, American evangelicalism, here is a powerful riposte, and one that challenged my lazy perception of American Baptists, at leaast.

I particularly appreciated one of the closing sections, ‘The Church’s International Future’, where the authors consider revelation. As they write, “The entirety ofthe Christian mission moves towards this final reality… Because when we have been made privy to the end of the script, the middle of it will never look the same again. From the beginning of time, God’s intention has been to fill the earth with the knowledge of his glory, to be known and worshipped throughout the entirety of his good creation.”

This book is readable and nicely written, even as it integrates and references widely and deeply. It’s got footnotes, which is right and proper, but they don’t over-crowd the text. I picked this book up thinking it was going to be another intervention in the debate about what words we use to describe the Gospel and following Jesus – and finished it excited, encouraged and enthused. It’s not about that, rather, it’s about the exciting reality of what God has done, is doing, and will do. And about the exciting, dangerous invitation to his people to join in. I enthusiastically commend it to you!