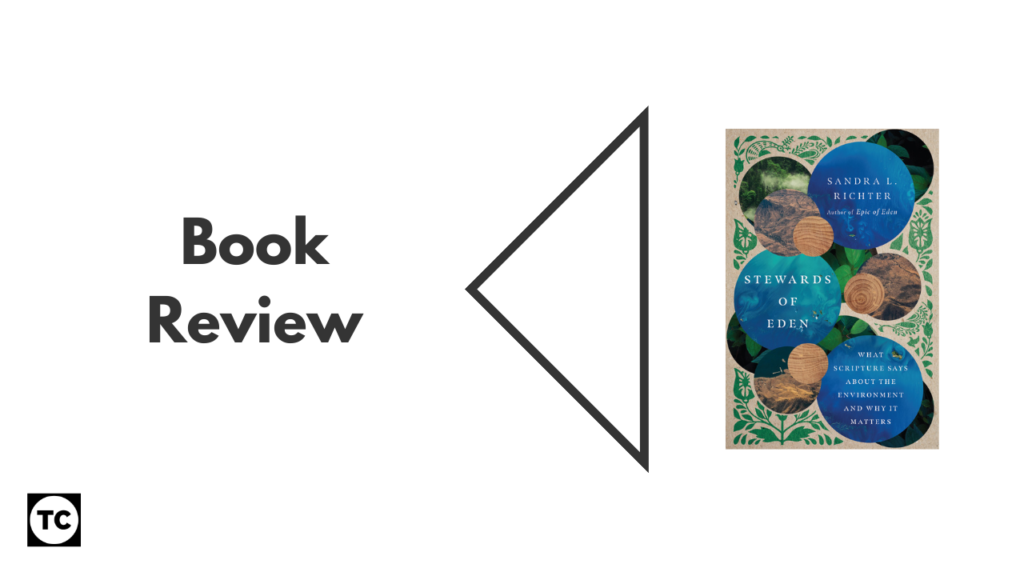 Ever since handing over the manuscript of John Stott on Creation Care early last year, I’ve been keeping an eye out for books on creation care and Christianity that tap in to the Bibles big story, rather than treating it like an isolated issue, rather than a key part of discipleship. I really like and widely recommend the Moo and Moo volume A Biblical Theology of Creation Care, but it’s this little book by Sandra Richter her that I’ll probably be recommending to pastors and other interested people in the first instance.

At only a shade over 100 pages, it’s not too big or intimidating. Richter is an Old Testament scholar, and she’s also listened carefully to people from other disciplines, including activists and scientists. There are some sobering stories.This is a book that’s rooted in the text of the Bible, God‘s word, but also take seriously what God‘s world is telling us. This is a readable, challenging, biblical in the best sense, and above all careful look at some of the big questions of how Christians as gods people are called to care for creation.

For example, Richter places human sin at the heart of the problem: “our current environmental crisis is not the result of need; it is the result of greed“. She also locates the motivation for our engagement in this area as Christians in the bigger story of what God is doing in creation: “The ‘not yet’ of a restored creation demands an ‘already’ ethical commitment to that creation now among God’s people“. And, ultimately, the theological emphasis is right and rooted in the Genesis narrrative, echoing a theme which runs through scripture: “God owns the land, and it is humanity’s privilege to live on it“. Amen!

I really enjoyed reading this book. I’ll certainly be heading off to read her longer book, the epic of Eden, as soon as I can get my hands on a copy. In the meantime I’d heartily recommend this book to you if you’re looking for a short, biblical framework for care of creation. Stewards of Eden is published by IVP Academic, and available at all good book shops on and off line.