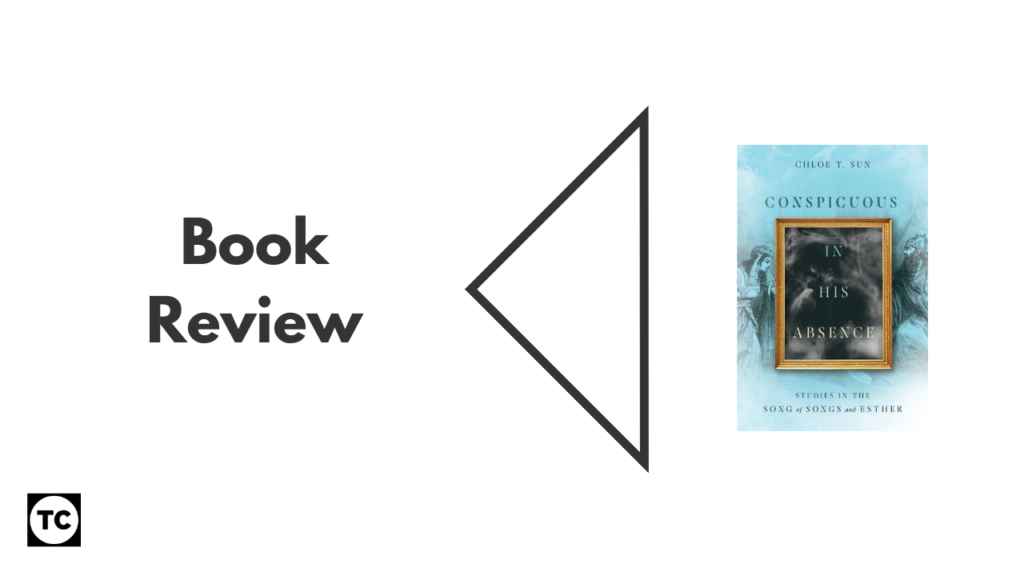 This might sound strange – but understanding God’s absence is actually a really helpful theological ‘thing’ for understanding a) his presence with us, and b) the parts of the Bible (primarily but not limited to, Song of Songs and Esther) where it seems as though God is absent, or, as Sun puts it, “how do we talk about God when his name is not even there in the text?“. From this, Sun invites us to read the Bible more closely and honestly, and also theologically, that we might hear God’s voice even when it seems he isn’t speaking. This demands a theological reading of the whole of the Bible as Christian scripture – even though Sun focuses where she does, she is keen to emphasis the canonical context. As Sun writes, “one runs a risk by privileging the presence of God in the early biblical texts over the latter texts, where God recedes to the background, one also runs a risk by going in the other direction and privileging the latter texts over the earlier texts. In actuality, Scripture presents both portraits of God. He is both present and absent, transcendant and immanent, active and passive.“.

The similarities and differences of the two books resonate – or, as Sun puts it, “In the Song, absence makes the heart grow fonder. Yet, in Esther, absence makes the mind ponder“. There are profound reflections – with real life pastoral application – on the silence of God. The shape of the book overall constantly brings the two Biblical books into conversation with each other, the rest of Scripture, and theological themes – hence the chapter titles; ‘Theology’, ‘Absence’, ‘Time’, ‘Temple’, ‘Feast’, and ‘Canon’. If those simple monikers pique your interest, then you will enjoy this book.

This is a relatively technical book – with some untransliterated (though explained) Hebrew, and interaction with scholarly literature (Though, interestingly enough, not the 2010 AOTC on the Song – Dr Sun, if you read this review, please do get in touch and I’d love to send you a copy!) – but it is also, mercifully, a very readable book. Sun writes in a way that explains and includes, drawing the reader into the more academic end of the conversation, as a fellow Christian. If you read it physically, then IVP USA have done a great job with design – nice title pages to each chapter ground the book in the narrative in a subtle yet helpful way. I can imagine this book being useful for those preaching on Song of Songs or Esther, as well as those thinking theolgoically and biblically about God’s presence and absence, and issues of trust and hope. After referring to the Holocaust, the Nanking massacre, the Rohingya genocide and mass shootings (Among other forms of human evil), Sun writes “divine absence is a theological necessity. The experience of the absence of God creates doubt and despair, but it also elicits faith and prayer“. This is not a book of easy answers, but a prayerful and thoughtful invitation to dig deeper into what the Bible is actually saying. I thoroughly appreciated reading it, and would recommend you do too.

You can find Conspicuous in His Absence pretty much anywhere – and I’d also recommend Bob Trube’s review, which was one that persuaded me to pick up a copy of this book.